1st is the top layer. This is called the pre-masking.

2nd Layer.
The Second layer is the Vinyl Lettering.

The third layer is called the wax paper backing.

This layer is designed for the Vinyl Lettering to lay on but not able to adhere to. The wax on the front side is a non stick surface.
This layer will be thrown away and has no other purpose. It can be cut off during installation.

See the Vinyl Lettering Installation page which explains more in depth and can help you get a good idea of what is in store.

As far as confidence installing your Vinyl Lettering. We guarantee your install.

Our Clients Love US !!

What an awesome job and quick turn around!! A+ 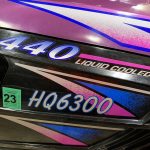 Colors were right on. Specific size I ordered fit back fender of my bike perfect. Thank ya'll for prices even the lil guy can afford. 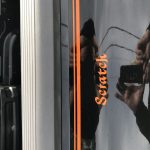 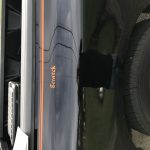 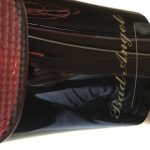 Thank You James, Amanda, and EZ-Lettering.com !! We had a very specific design and we wanted to have the best items for our Boat.....EZ-Lettering walked us through the entire process, held our hand while we asked lots of questions, and produced some very beautiful artwork!! Customer Service even called us back on a saturday evening, to check in on us and make sure that we were happy and satisfied - and when is the last time that Customer Service called YOU on a weekend, and asked you how they could help you out!!?
Simply Awesome / above and beyond the expections we had - and this is definitely the company that you want to do business with...5 stars ***** 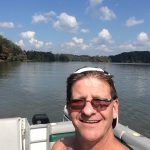 Love how my stripe turned out.
Getting my hood done next. 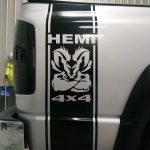 James did an amazing job designing my business card into a full-size decal. It turned out exactly the way I wanted it. I will be back for the rest of my fleet. 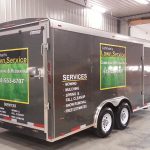 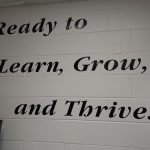 The best place you can find for vinyl lettering, decals and more. 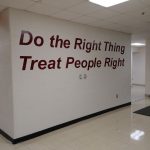 Very pleased with my wall lettering. It turned out excellent. The walls now look complete. Thank you again and I will be back soon for some other projects. 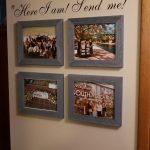 Call To Order If Needed.
ezlettering@hotmail.com